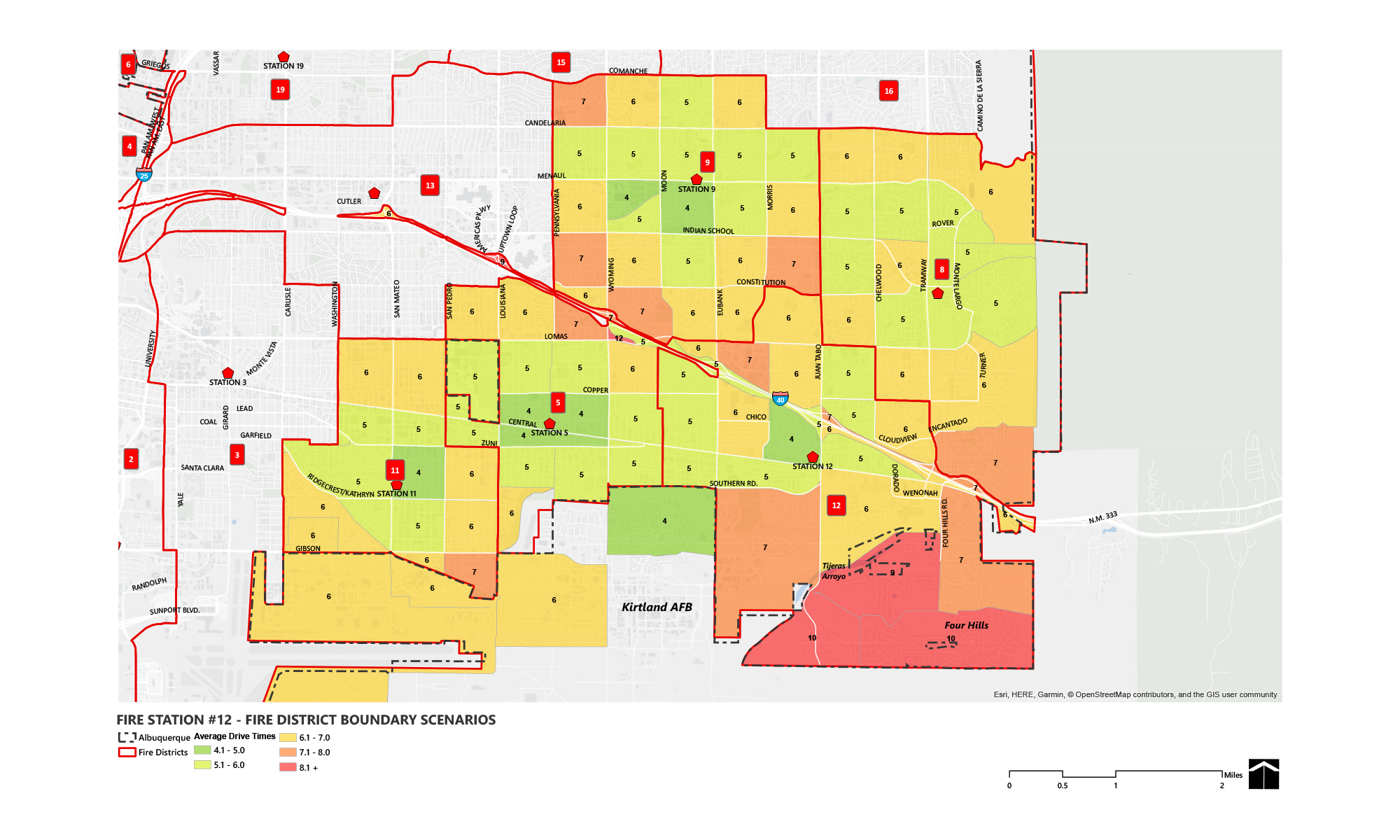 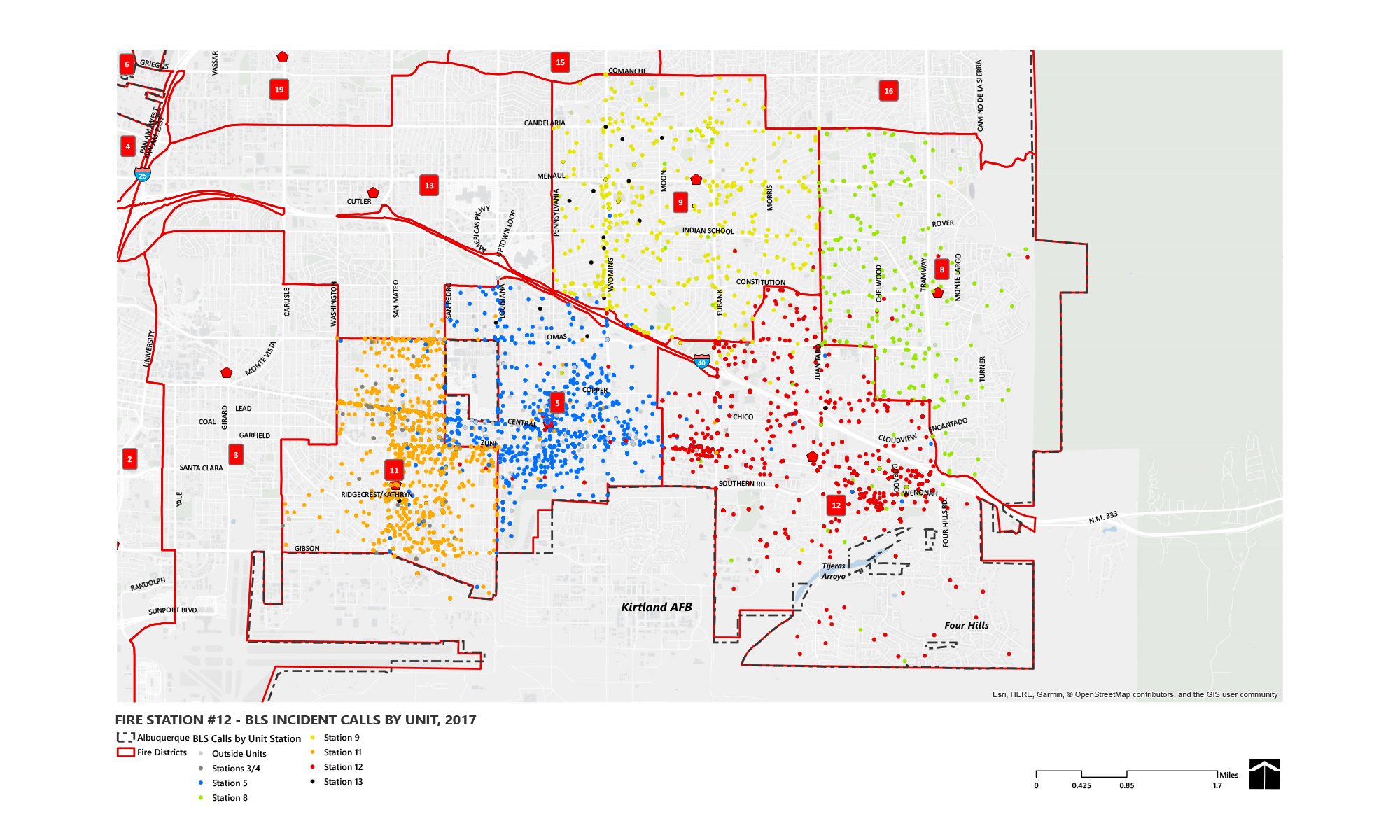 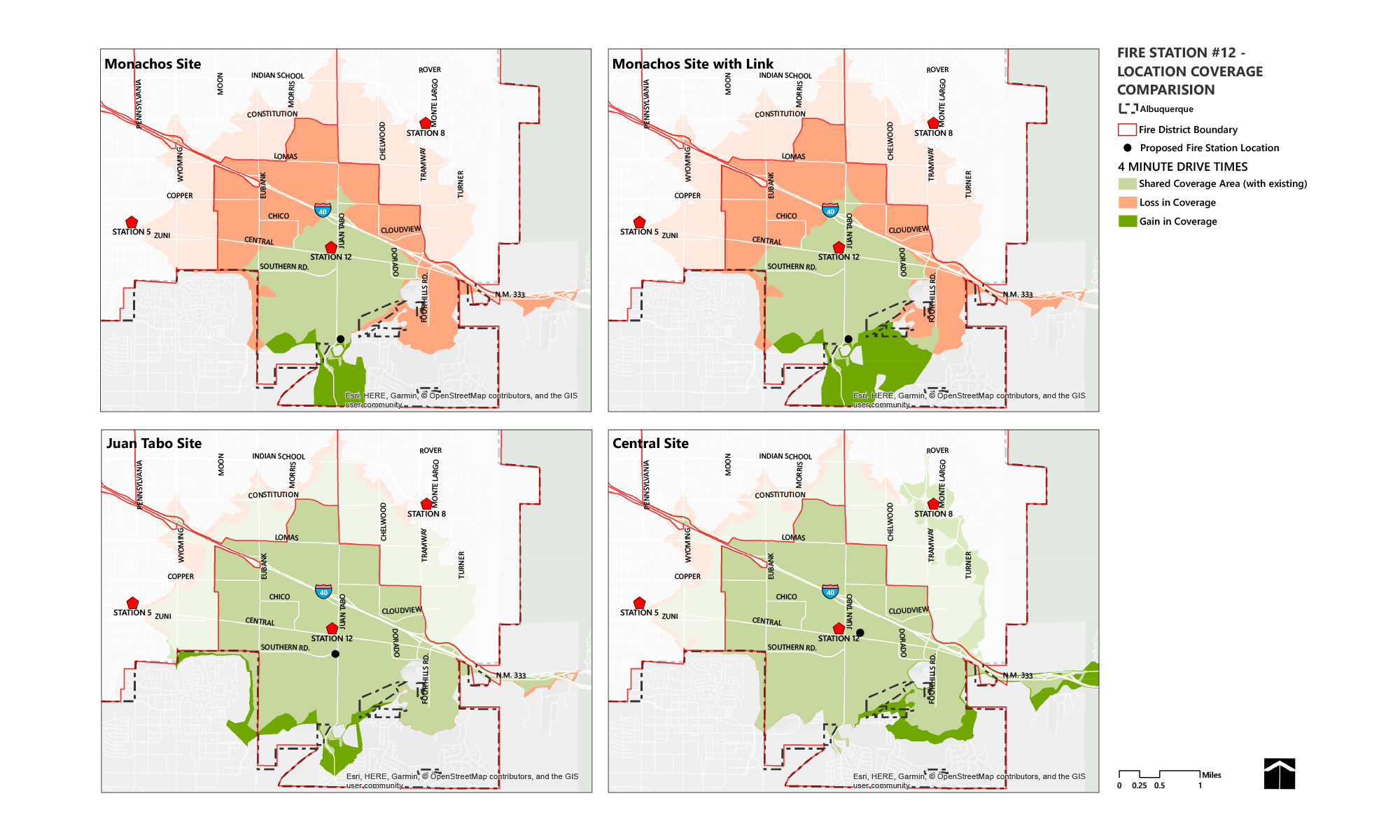 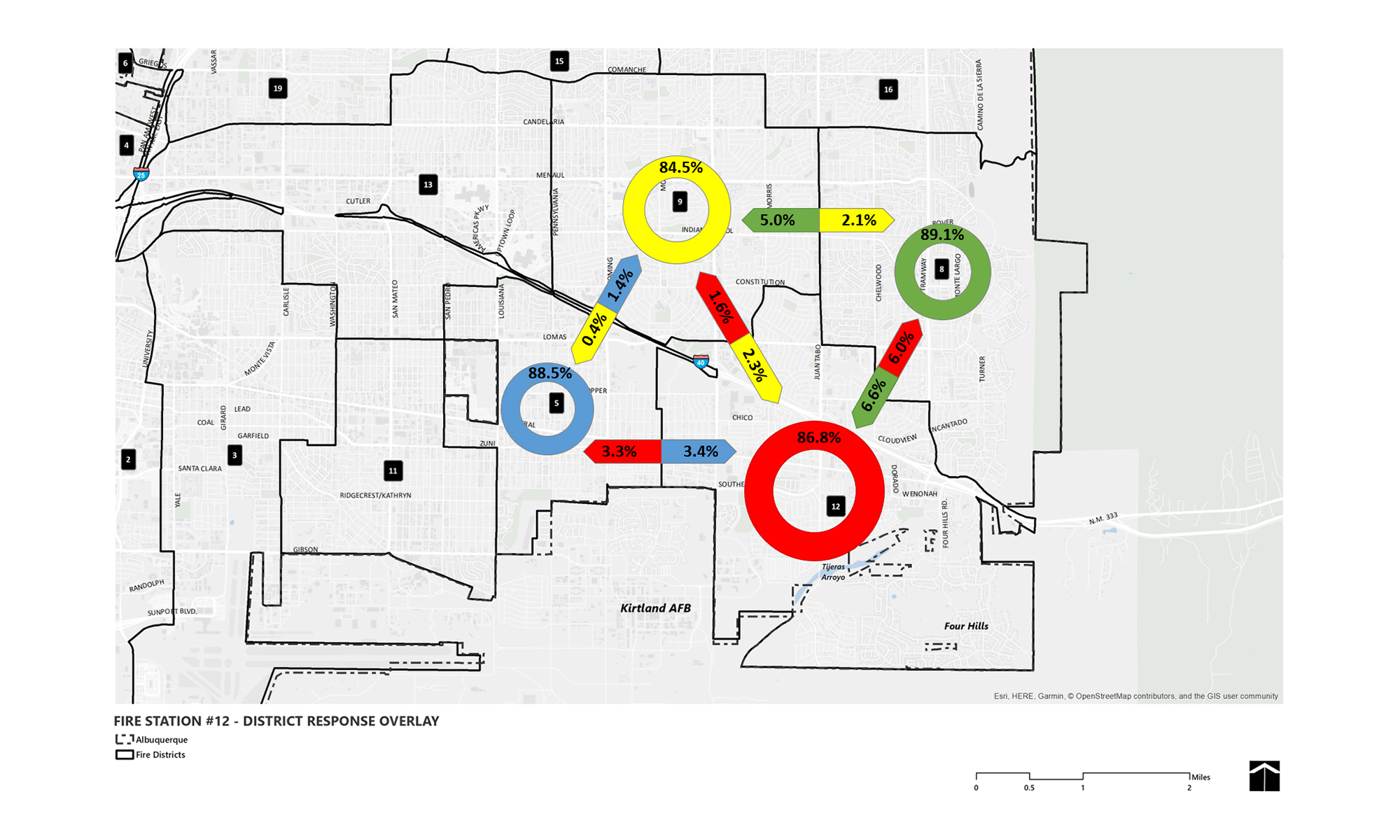 Consensus Planning worked with the Albuquerque City Council staff to develop a location analysis for a new Fire Station 12 to serve the East Gateway area of Albuquerque. The City Councilor for this area was concerned that portions of the community were not being adequately served by the existing location and wanted to ensure that the best location was identified. To this end, the purpose of the analysis was to identify a location where emergency response personnel could reach the maximum number of residents in the shortest amount of time. The challenge for Fire District 12 was to find a location that would equalize the response times between the very low-density edges of the District and the high-density of activity along the Central Avenue Corridor.

To create a thorough analysis, Consensus Planning obtained “Fire box” incident data from Albuquerque Fire and Rescue; traffic and Data Analysis Subzone data from the Mid-Region Council of Governments (MRCOG); and geographic data from the City’s GIS Department. The study also incorporated an analysis of the impact of a new Basic Life Support (BLS) Unit that would address a very specific type of call (overdose and similar calls predominantly in the Central Avenue Corridor) and free up other units to respond to other types of calls. This data was used with GIS software to analyze socio economic conditions and present the data as graphic visualizations. The graphic visualizations and mapping showed the current incident “hot spots” within the Fire Station 12 service area; average response times to all areas of the District from the potential fire station locations; the total population served throughout the service area; and the site benefits and constraints of potential locations. Through this analysis, Consensus Planning was able to recommend a new fire station location that would best serve the residents within Fire District 12.